Home / About us / Academic Advisory Board
The academic advisory board members at the CEPA Foundation provide their advice, insight, knowledge, and counsel on all issues relating to quality assurance, development, and maintenance of its academic programs and initiatives. Through active involvement at conferences, workshops, professional development, and leadership trainings, CEPA Foundation staff and advisory board members stay up-to-date on the best practices in the field of education abroad through membership or involvement in organizations, such as: NAFSA, The Forum on Education Abroad, and AIEA. By hosting free academic webinars, the CEPA Foundation is also able to share knowledge and information about important topics relevant to professionals in the education abroad community. 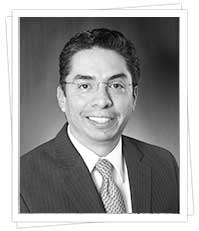 Vice President for International Affairs, University of The Incarnate Word (USA)
He is a native of Mexico City, with a Master of Business Administration in International Business and a Bachelor of Business Administration from the University of The Incarnate Word. Mr Fragoso was the Rector of UIW Campus in Mexico City from 2004 to 2010 and was named Vice President for International Affairs on June 1, 2010. Mr. Fragoso is responsible for all the international initiatives and affairs for the university including sister school and exchange agreements, study abroad programs, faculty led trips, oversees the UIW campuses in Mexico City, Irapuato Mexico, Heidelberg Germany, and all the special events of the University. Prior to the University of The Incarnate Word experience Mr. Fragoso worked for 4 years with an Educational group overseeing 12 different K1-12 schools and Universities in Mexico. 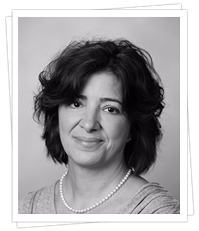 Executive Director of the University of Florida International Center (USA)

In this capacity, she oversees International Student Services, Exchange Visitor Services and Study Abroad Services. Before that, she served as UF’s Director of Study Abroad Services for over 8 years. Originally from Germany, she came to the US in 1991 where she completed her Masters and her Ph.D. in German Literature at the University of Florida. Before joining the staff at the UFIC, she taught for three years in the Modern Language Department at Ohio University. During her undergraduate years, Susanne studied abroad in France, Wales and the UK. During her tenure as Director of Study Abroad Services, she taught in various study abroad programs in Germany. She has been a trainer for 6 years in NAFSA foundation workshops and is a frequent presenter at NAFSA conferences, both regionally and nationally. 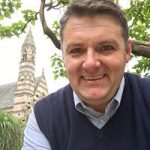 Dr. Eric Spears arrived to Columbus State University in October 2017 after his appointment as the Mildred Miller Fort Foundation Eminent Scholar Chair of International Education and Associate Professor of Geography. He came to Columbus State with more than twenty years of teaching and administrative experience in higher education, including roles at Georgia College and Mercer University.

Dr. Spears offers a variety of Geography courses, including the World Regional Geography class. In addition to his research on Brazil, he also focuses on East Asia, and works with the Asian Studies Development Program alumni at the East-West Institute in Hawaii. He was the recipient of a Fulbright grant for work in South Korea in 2010.

In addition to his teaching in the Department of History and Geography, Dr. Spears also serves as the Executive Director of the Center for Global Engagement at Columbus State, where he oversees the continued development of campus internationalization and CSU's award-winning study abroad programs. 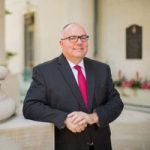 A modern European historian, Stauff was Professor of History at St. Ambrose University and has taught at the University at Buffalo, Radford University, The College of New Jersey and Monmouth University. He has over 20 years of experience in various aspects of international education administration. 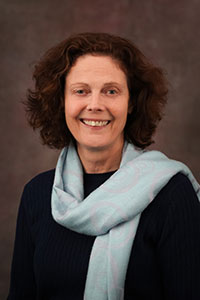 Petra has held key roles not only in administration, but also teaching at several universities throughout the country. Her last position was at Longwood University (USA) as their Executive Director of International Affairs. She held a similar position at Illinois Wesleyan University, Alfred University, and at the Maryland Institute College of Art. She has been a presenter on the subject of International Education nationally as well as internationally. 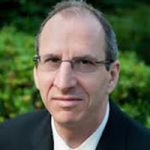 In February 2016 he was appointed as Vice President for Global Affairs. Prior to his tenure at UConn he served four years as Executive Director of the Center for International Studies at Ohio University and 11 years as Director of the Office of International Programs at West Virginia University. Professor Weiner received his B.A. (1979), M.A. (1981) and Ph.D. (1986) in Geography from Clark University.

Professor Weiner is a development geographer with area studies expertise in eastern and southern Africa and is a specialist in the theory and practice of participatory geographic information systems. Professor Weiner’s research areas include agricultural geography, climate and society, land reform, participatory development and GIS and society. He has received 15 externally funded grants totaling over $2.5 million, published three books, 30 journal articles and 29 book chapters. Professor Weiner has lived in Kenya, South Africa and Zimbabwe for a total of three years and has traveled widely in Africa, Asia, Europe and Latin America.